Scientific and research institute of legal policy and constitutional legislation was created in 2012 as a part of the Academy of fundamental and applied sciences of KAZGUU named after academician Salyk Zimanov. The director of the Institute – Doctor of Laws, professor Udartsev F. Sergey.

The main goal of the Institute is to monitor trends in fundamental and applied scientific researches in the field of legal policy, theory of State and law, constitutional legislation. Research of the legal maintenance of social and political modernization, development of system of Law, state and its authoritative bodies, political and legal issues of sustainable development of society, the analysis of legal policy and main trends of efficacy of implementation of legal policy, constitutional legislation of the Republic of Kazakhstan are considered under the main directions in which the activity of the Institute is carried out.

Scientific and research institute of legal policy and constitutional legislation participates in competition for grants for fundamental research issued by the Ministry of Education and Science of the Republic of Kazakhstan. Members of SRI regularly publish articles in national and international journals, participate in conferences, round-tables and etc.

In 2012-2013, SRI of legal policy and constitutional legislation organized the round-table, the theme “Current issues of legal policy under social modernization, implementation of constitutional rights of citizens in social sphere”. SRI in cooperation with the department of theory and history of state law and constitutional law organized a conference “Current issues of state and law”. Alongside this, the SRI participated in the publication of the joint Russian-Kazakh compendium “Scientific researches” as well as the international compendium of articles which comprised the works of researchers in the field from more than 11 countries from all around the world, published on February 2013, Moscow-Astana-Kropotkin.

Te staff of SRI:
Director – Udartsev Sergey Fedorovich
Colleagues:
Doctor of Laws – professor Maksut Sultanovish Narikbayev
Doctor of Laws – Elmira Abdykovna Nugmanova
Candidate of Laws – Aigul Zhumagaliqyzy Nauryzbai
Candidate of Laws, professor Azamat Anuashevich Kereyev
Candidate of Laws Anara Borashevna Zhumadilova
Candidate of Laws Madi Amangeldiyevich Shakenov
Master of Laws Dana Mendibayevna Bisengaliyeva
The staff publishes books and articles in Kazakhstan and abroad. To be exact, the following books have been published:
The books by Doctor of Laws, Professor S.F. Udartsev:
The history of state and law of Kazakh SSR, part 2, Almaty, 1984 (co-authored by Kropotkin)
From the history of political and legal thought, Moscow: Legal literature, 1989;
Anarchy and Power, Moscow, 1992 (one of the authors);
Political and legal theory of anarchy in Russia: history and modernity, Almaty, 1994
Russian Philosophy. Small encyclopedia dictionary. Moscow, 1995 (one of the authors)
Federalism – Encyclopedia dictionary, M.1997 (one of the authors)
Doctor of Laws, Professor S.F. Udartsev is the author of remarks and is the drafter of the book series “The pearls of the history of political and legal thought” , including the books by Lao Tzu, Ch.Ualikhanov, I.Kant, N. Machiavelli, T. Jefferson (two editions of five books were published in Russian, and one in Kazakh, in Almaty, 1999-2004). 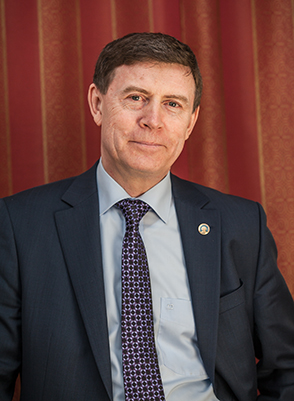