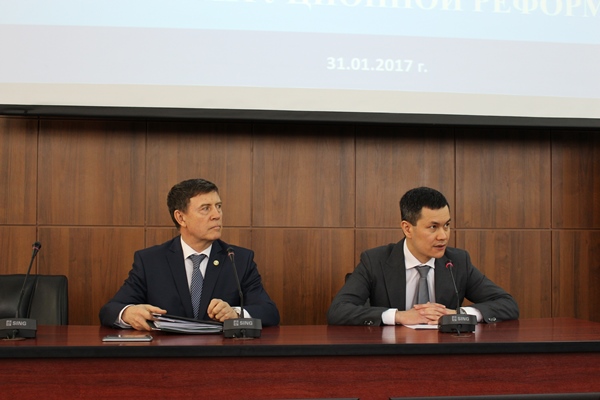 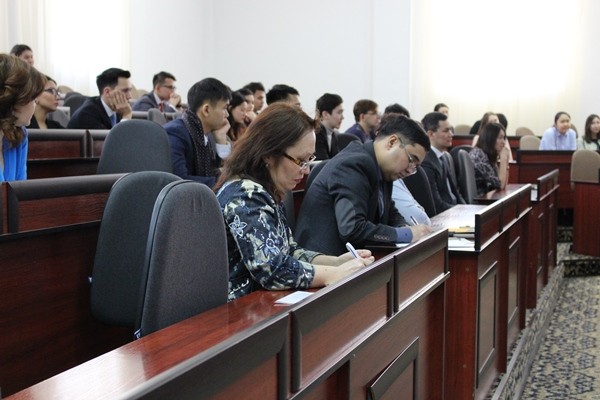 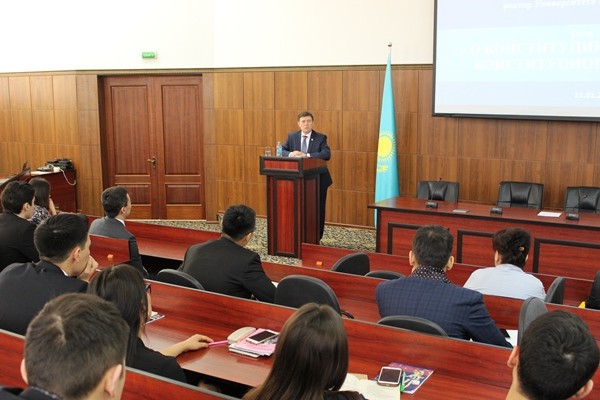 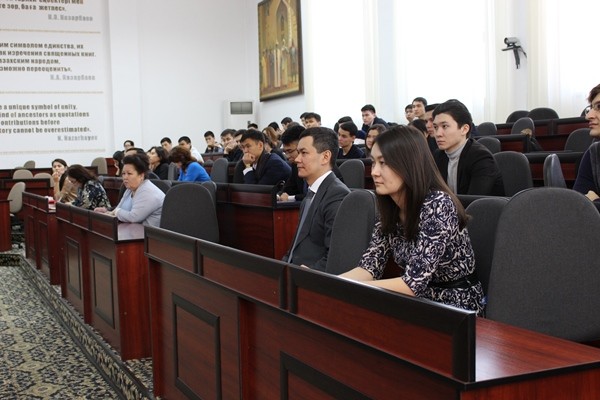 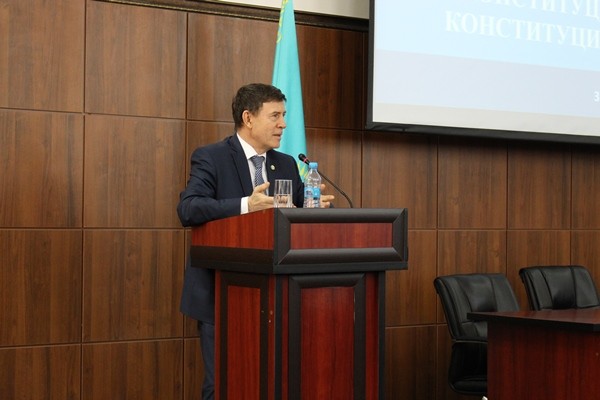 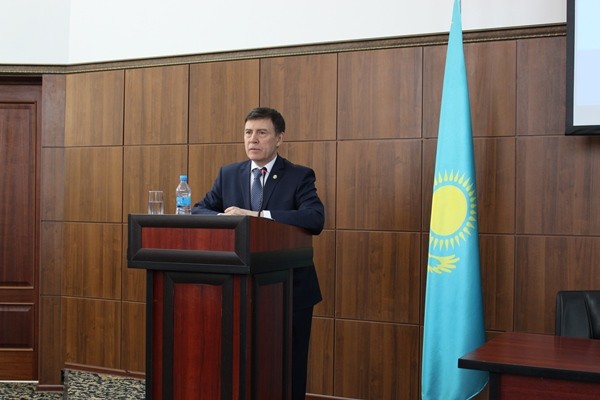 On 31 January 2017, on the instructions of the Ministry of Education and Science of RK, Professor Sergey Fyodorovich Udartsev, DJS, director of the Research Institute of Legal Policy and Constitutional Legislation, gave a lecture to the students and teachers of KAZGUU University titled “On Constitution and the forthcoming constitutional reform”.

This lecture was part of the clarification and public awareness campaign for the constitutional amendments, proposed by President Nazarbayev, about the redistribution of powers among the branches of government.