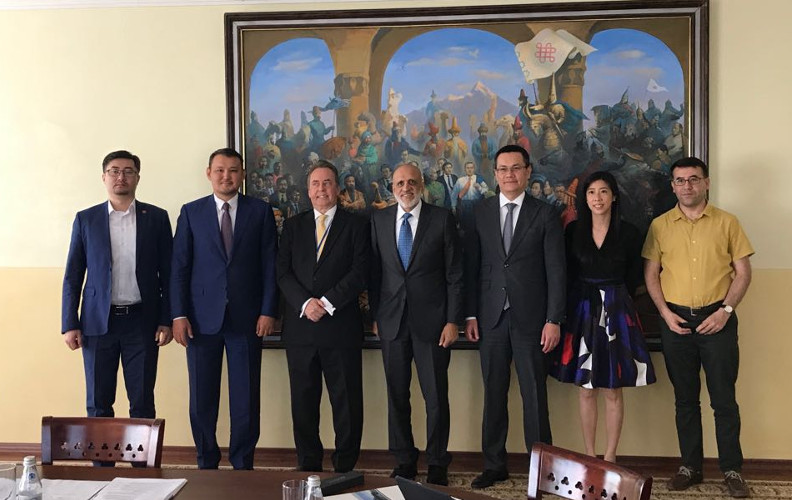 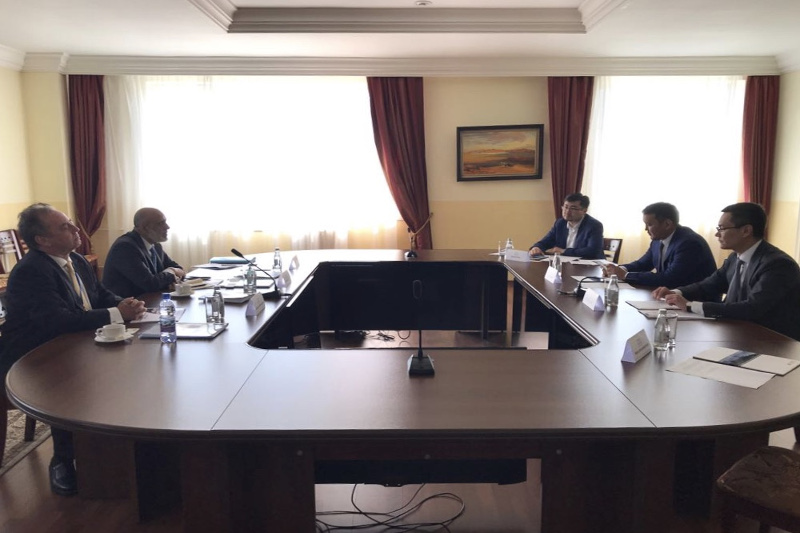 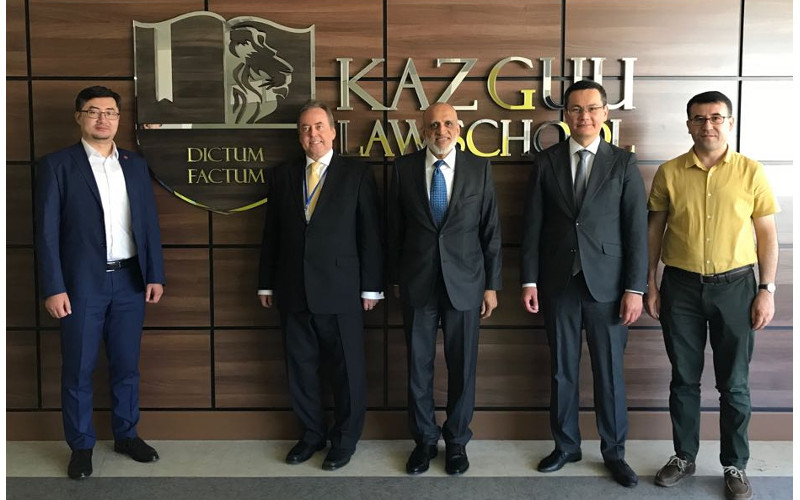 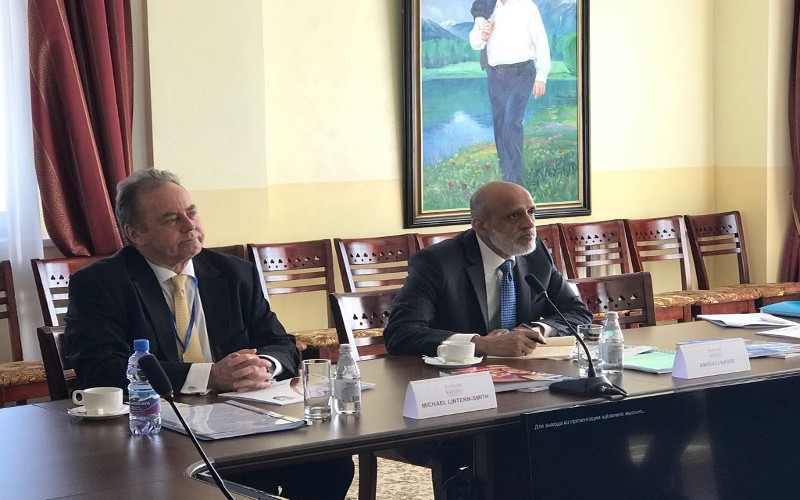 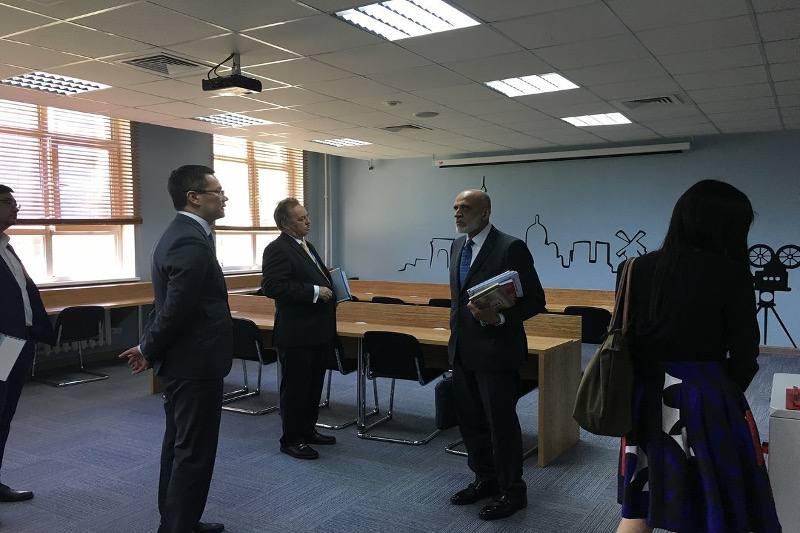 Representatives of the Law Society of Hong Kong, including the Vice President Amirali Nasir, former President Michael Lintern-Smith, and Assistant Director for Communications and External Affairs Sylvia Tsui visited M.S. Narikbaev KAZGUU University on 4 July 2018.
The Law Society of Hong Kong was founded in 1907 and is a professional association of over 10,750 lawyers and legal advisers, as well as over 890 law firms. The organisation develops and promotes professional standards for practicing lawyers and monitors the work of lawyers and legal advisers.
The Society closely watches the formation of the Astana International Financial Centre and training a new generation of lawyers who will work at the Centre. In this regard, Tolegen Ismailov, the Consul General of the Republic of Kazakhstan in Hong Kong, has proposed the visit of the delegation from the Society to KAZGUU University.
As part of the visit, the delegation learned about the activities and initiatives of KAZGUU University. The Society has expressed their support of the University’s initiatives in developing a Minor programme in English law, and its contribution to the reform of the forensic system within the joint project of the World Bank and the Kazakhstan’s Ministry of Justice KZJSISP / QCBS-06. In addition, the Society expressed interest in the University’s research project titled “AIFC Court: Jurisdiction, Applicable Law and Conflict of Laws”. The community also supports the initiative of the University to create a national system of lawyers’ certification NLCP.
Following the visit, the representatives of the Society and KAZGUU University have reached an agreement regarding the promotion of the University’s initiatives among the members of the Society and in Kazakhstan.