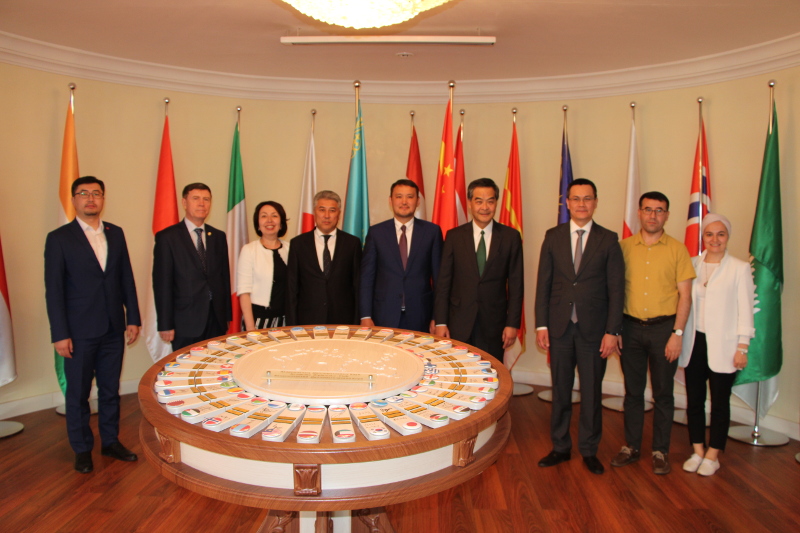 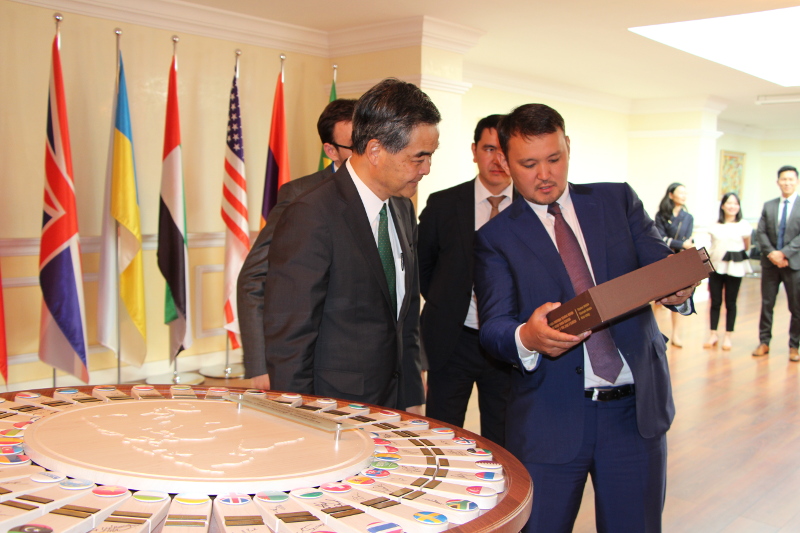 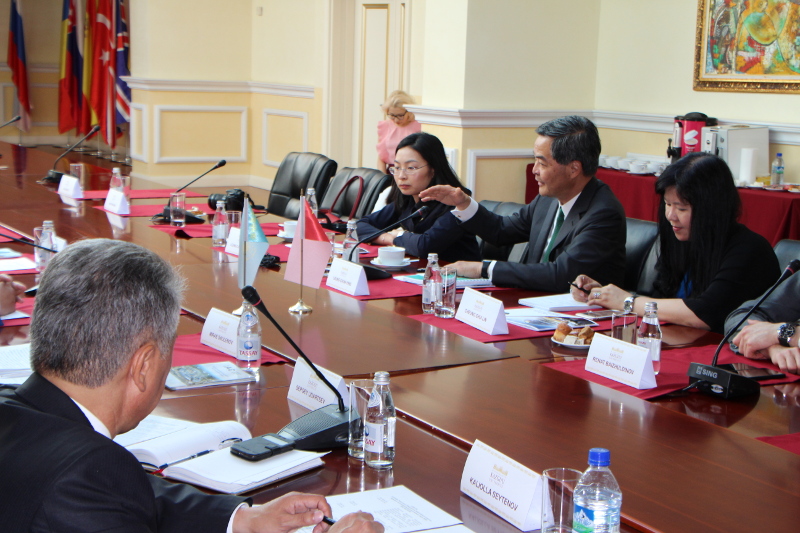 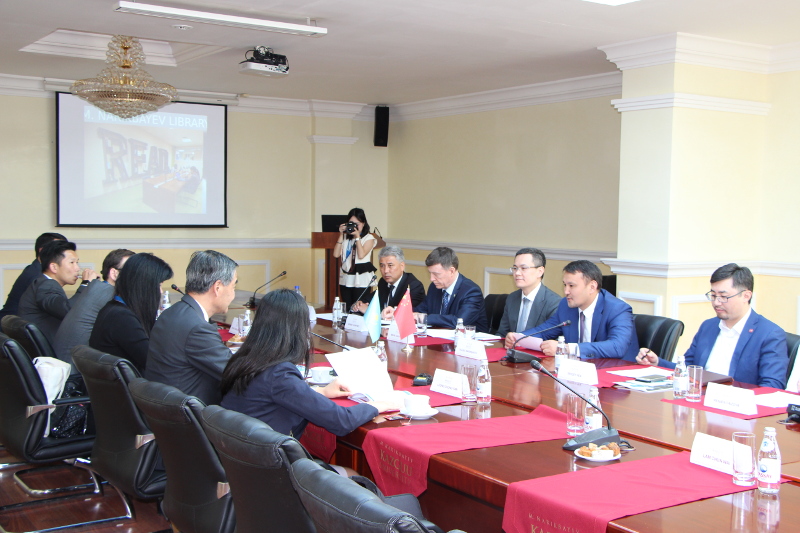 M.S. Narikbayev KAZGUU University has welcomed a Chinese delegation headed by the vice-chairman of the National Committee of the Chinese People’s Political Consultative Conference Leung Chun-ying.
Leung Chun-ying is one of the most influential politicians in China, who served as the head of Hong Kong’s administration from 2012 to 2017. He has also held the positions of council chairman of Lingnan University, and chairman and member of the council of the City University of Hong Kong.

During the visit, the delegation learned about the approaches KAZGUU University takes in the development and implementation of Major and Minor educational programmes in Law, International Law, Finance, Economics, Management, Translation Studies, and other areas. The delegation has expressed particular interest in the professional certification programmes, which are available to the students of the University.